The voice within is rising 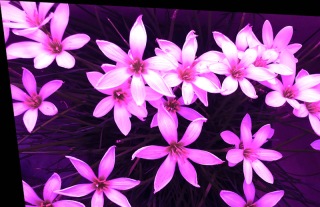 Indian men and women have traditionally been puppets of destiny governed by tradition and culture. The moment a child is born to an Indian family the process of turning him or her into an ideal Indian man or woman begins; from the food we eat to the clothes we wear it is all about imbibing the culture into the heart and soul. The sole purpose of the whole family that surrounds the child and helps in its upbringing is to carry on the heritage.
The baby boy is pampered with love and luxury with the single expectation that he would reproduce and carry on the family name and do something in order to earn a living, the baby girl is showered with good sermons, as on her rests the honour of the family. In the process, the boy grows up to be a carefree man getting away with almost anything as long as he happily agrees to marry the girl that the family chooses for him and does a decent amount of studies to bag a degree and a job.
Please note the most important thing is to “marry according to the wishes of the family”. On the other hand, the girl has to grow up into a typical “sanskari” that is a cultured girl with all the good virtues to get married to a guy who may or may not give her any love respect or even basic amenities. In some cases, the girl has to even provide for this pati parameshwar (husband the ultimate God) and his family and yet be taunted and tortured for having the privilege of going out.
This full proof arrangement has been going on for ages as its very scientific that a docile creature would perform the duties well and never stand for its rights. In effect, the girl was completely dominated to be most docile and the reins of the boy were slackened a bit to give him the pseudo feeling of a king and were given at-least one slave – his wife. That was the general story until even a decade back.
Now in the modern cities exceptions are becoming a rule and the children unruly. The Indian men and women are going through a series of transitions owing to the influence of the western world. They are forming an opinion of their own, which was unheard of in such a large scale, occasional rebels have been known but they were easy to silence, given the well-knit social structure where the rebels could not survive for long without either giving in or losing their lives.
Some city boys and girls are now not only forming an opinion but also voicing them strongly and if not supported by the family are choosing to sever the family ties. The small town girl can now come to a big city and pursue her dreams, maybe at the cost of her family’s honour, but she now prefers to be honourable herself rather than being a slave. Small town goes to big town, big town goes abroad as today with a shrinking world it’s plausible, with a little courage and determination.
Interestingly the metrosexual man is also more sensitive and sensible. He has slowly learned to look beyond heritage and culture. Today lot of children see both parents earning, both parents washing vessels and most amazingly both being treated equally. But all this is happening in just a small percentage of the vast Indian population. Child marriage, dowry, abortion of girl child, wife beating and cruelty against women is far from being abolished. Unfortunately , even within the educated section of the people, it is a regular practice.
Yet there is hope as the world around Indian men and women are changing, in a small way, though. The voice within is rising, very slowly, very silently but very strongly.